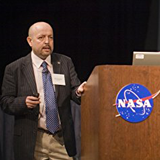 After a number of years in technology management roles Ken became Head of IT with Reuters in London, then Director of a Software Engineering Research Institute before becoming Managing Director for VISION Consulting in Belfast for 13 years.

In 2006 Ken set up his own consultancy practice to further develop his ideas in High Performing Teams and Business Simulation.

Ken has written a number of books and his work has featured in major print publications including The Guardian Newspaper (London), Wired Magazine and Henry Ford Magazine. Ken has also spoken at a number of international events including TEDx, the Institute for Healthcare Improvement (IHI) and NASA internal conferences.