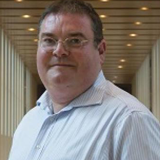 Zeno is a senior forensic scientist at the Netherlands Forensic Institute, Ministry of Security and Justice, in the Forensic Digital Biometrics Traces department within the area of forensic (video) image processing and biometrics. Currently he works with the Forensic Big Data Analysis team. In addition, he has been professor of forensic data science at the University of Amsterdam since September 2014. Zeno has also worked at the Netherlands Forensic Institute as a forensic scientist since 1991 and at the digital evidence department since 1997.
He is expert witness in image analysis and biometrics and works in the team Forensic Big Data Analysis. In 2002 he received a PhD from the University of Utrecht based on research on computational matching of forensic images. At the AAFS he has been chairman of the Engineering Section and since 2008-2010 chairman of the section Digital Evidence and Multimedia, he was elected by the section as member of the Board of Directors of the AAFS from 2010-2013. He is elected as Vice President of the AAFS 2015-2016 and 2015-2016 as Treasurer. He is chairman of the ENFSI Forensic IT working group. He published many papers in forensic journals and contributions to books and is active on casework as expert witness and projects in digital evidence. Since 2014 he is also appointed for 1 day a week as special chair forensic data sciences at the University of Amsterdam.