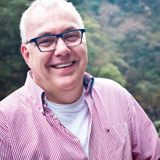 Ton is the CEO of the Dutch International Cybersecurity Firm SYBER B.V. Prior to SYBER he was Chief Security Advisor for Microsoft. As a reserve Lieutenant Colonel in the Royal Netherlands Air Force, he was responsible for the initial security requirements for the Dutch F-16 Replacement program and chaired the joint working group on behalf of the Ministry of Defense (MoD) and the Department of Economic Affairs. Ton retired from MoD in 2009. He also worked as Sr. Information Risk Manager at one of the largest financial institutions in Europe where he was responsible for cybersecurity and compliance (DNB, EU, Privacy etc.), including the annual control risk self-assessments of the Board of Directors.

Ton is a guest researcher at the US National Institute for Standards and Technology (NIST) in the area of Information Security (special bulletins) and participates in the Horizon 2020 program of the EU (security) as reviewer/scientific researcher. He is also active as an independent reviewer for security programs for the European Network and Information Security Agency (ENISA). In addition, he is Cybersecurity Advisor member of CyAN, which stands for Cybersecurity and Cybercrime Advisors Network, an international not-for-profit association established in 2015 and located in Paris, France. CyAN is a think tank which aims to contribute to the definition, development, distribution, and publication of concepts, doctrines, and standards in line with its ambitions for a safer world. Ton holds a Ph.D. in Philosophy and Business Ethics.