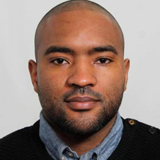 Timothy graduated from the International Institute of Air and Space Law at the University of Leiden. He subesquently followed the basic aviation auditor training from AQS in Frankfurt and is a certified aviation auditor. His background is in Air and Space Law with a specialisation in aviation audits and the legalities concerning drones. Three years ago he started working for Aerialtronics, the largest drone manufacturer for professional drones in the Netherlands. Since then Timothy has been involved in the regulatory issues concerning drones, policy affairs, technical and operational compliance, and public affairs.

Currently He is a board member of the dutch trade association for drones focusing on innovation and public affairs. In addition, he is involved in numerous European activities such as the economic impact drone outlook study beging conducted by SESAR. He is currently carrying out an independent research on the legal implications of the autonomy of drones. Most recently, Tomothy has been contributing to initiatives that establish dedicated drone test locations in the Netherlands and has assisted in the drafting of the safety management system for these locations. He is a guest lecturer at various Dutch academic institutions.