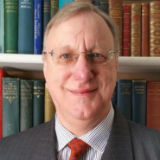 After being appointed a Master of the Queen’s Bench Division in 2002 Steven served as the Senior Master of the Senior Courts Queen’s Bench Division from October 2007 to February 2014. He also took on the ancient ceremonial role of the Queen’s Remembrancer. In his role of Senior Master, he was responsible in particular for case management of group and heavy multi-party litigation, and for foreign process. He served as the Central Authority for the Hague Convention and the EU Regulations on service and taking of evidence.
He served as a member of the Civil Procedure Rules Committee from 2002 to 2008, and chaired the working party of that committee which drafted Practice Direction 31B with respect to handling of e-disclosure and the Electronic Documents Questionnaire for use by parties to enhance practical understanding and foster cooperation in the electronic disclosure process. He also chaired the subcommittee that re-wrote the Civil Procedure Rule on service of process and documents. He was also a member of one of the judicial advisory groups advising the Secretary of State on the use of IT in the Civil and Family Courts. He was trained as a mediator by CEDR in 2003. He assisted Lord Justice Rupert Jackson in the development of the electronic disclosure aspects of the April 2013 Jackson Reforms. Senior Master Whitaker authored the seminal e-disclosure decision in Goodale & Ors v The Ministry of Justice & Ors [2009] EWHC B41 (QB) (05 November 2009), the first case in which the draft Electronic Documents Questionnaire was used by parties and expressed the importance of a staged approach toward electronic disclosure to avoid running up unnecessary and disproportionate costs, and explained how this can be done. In 2013 he authored the training materials on edisclosure for English High Court Judges. He was a General Editor of Sweet and Maxwell’s “Civil Procedure” (The White Book) and Chief Advisory Editor of LexisNexis’ “Atkins Court Forms” until his retirement from the bench. Senior Master Whitaker attended Churchill College Cambridge and the Hon. Society of the Middle Temple (1968-1975). He is a member of, and was a Bencher of, the Middle Temple (2010-2014).From 1975 to 2002 he was a Barrister specialising in landlord and tenant law and professional negligence. From 2002 to 2007 he served as a Master of the Supreme Court Queen’s Bench Division responsible for the specialist list for asbestos litigation. He is an international speaker on e-disclosure and case management of complex claims.