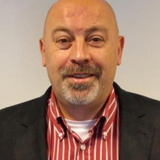 From November 2001 till the end of March 2012, he worked for the European Police Office based in The Hague (The Netherlands) as senior expert within the Financial Crime unit. He headed the analytical work file MTIC, ‘Missing Trader Intra-Community Fraud’ (or VAT fraud). From November 2014 till March 2015 he was second to the EUCAP Sahel mission based in Niamey (Niger) as coordinator for the Northern region. He was recently accepted as a doctoral researcher at the University of Ghent (Belgium) where his research will explore whether the concept of a networked organisation as applied to the police would make them better able to fight cybercrime and coordinate cybercrime investigations.