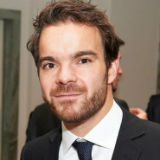 Nicolas is Professor at the Law School of the University of Liege (ULg) Belgium, and Visiting Professor at EDHEC Business School, France. He is the co-director of the (LCII) and the director of the LL.M. programme in EU Competition and Intellectual Property Law. He seats as a part time advisor in the Belgian competition authority. He was formerly an associate with a leading US law firm in Brussels and he also served as a Clerk at the Commercial Chamber of the French Supreme Court.
Nicolas Petit is the co-author of EU Competition Law and Economics (Oxford University Press, 2012) and the author of Droit européen de la concurrence (Domat Montchrestien, 2013), a monograph which was awarded the prize for the best law book of the year at the Constitutionnal Court in France. In 2005 he was a member of Harvard Law School’s Visiting Researchers Programme.