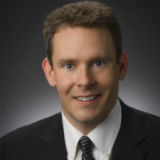 Karl Hennessee re-joined Airbus in 2016 as SVP Litigation & Investigations, where he leads the Group’s global activities in these areas. He also serves as Chairman of the Governing Body of the ICC Court of International Arbitration. Prior to re-joining Airbus, Mr Hennessee was VP Public Law & Technology of Halliburton (2013-2016), VP of Litigation & Regulatory Affairs at Airbus SAS in Toulouse, France and a lecturer at the Toulouse Business School in law and public policy.
He has previously practiced law in Germany and in the United States on behalf of institutions including the German government’s Federal Cartel Office; DaimlerChrysler; White & Case, Feddersen and Vinson & Elkins. Educated at the University of Göttingen, Germany, the London School of Economics and SMU Law School, he holds degrees in history, economics and law. He is a member of the Leadership of the ABA Antitrust Section as well as a Fellow of the Robert Bosch Foundation and Phi Beta Kappa. Mr Hennessee is the winner of the ILO Award for Litigation “Individual of the Year” for 2009. He has published over sixty articles on various legal subjects and is currently a doctoral candidate in international comparative law.