There are many problems in automating system level test execution. The surprising thing is that many people encounter the same problems, yet they are not aware of common solutions that have worked well for others – these are “patterns”. Seretta Gamba recognized the commonality of these test automation issues and their solutions and, together with Dorothy Graham, has organized them into Test Automation Patterns. Although unit test patterns are known elsewhere, our patterns address more general issues. We cover management, process, design and execution patterns to help you recognize common test automation issues and show you how to identify appropriate patterns to solve the problems. Bring your laptop to gain access to the wiki during the workshop.

Content of the workshop:
The workshop starts with a general introduction to system-level issues and patterns, and the wiki where they are described. Management Issues such as HIGH ROI EXPECTATIONS or UNREALISTIC EXPECTATIONS are addressed by patterns such as CLEAR GOALS, MANAGEMENT SUPPORT and MAINTAINABLE TESTWARE. Technical issues and patterns. Issues such as BRITTLE SCRIPTS, INADEQUATE DOCUMENTATION and RANDOM AUTOMATION are addressed by patterns such as TESTWARE ARCHITECTURE, DOCUMENT THE TESTWARE, AUTOMATE WHAT’S NEEDED and TOOL INDEPENDENCE. Other issues and patterns are discussed depending on the attendees most critical questions and problems. 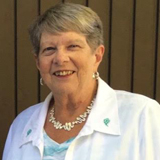 Dot is a popular speaker at international conferences world-wide. She has been on the boards of many conferences and publications in software testing, and was programme chair for EuroSTAR in 1993 (the first) and 2009. She was a founder member of the ISEB Software Testing Board and was a member of the working party that developed the ISTQB Foundation Syllabus. She founded Grove Consultants and provided training and consultancy in software testing for many years, returning to being an independent consultant in 2008. She has been presenting at Unicom seminars for over 30 years. 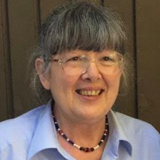 Seretta Gamba has forty years of experience in software development. As test manager at ISS Software GmbH, she was charged in 2001 with implementing test automation. After studying the then current strategies, she developed a kind of keyword-driven testing and a framework to support it. In 2009, the framework was extended to support manual testing. Speaking about this at EuroSTAR, Seretta got the attention of Dorothy Graham who subsequently invited her to contribute a chapter to the book Experiences of Test Automation. After reading the entire book, Seretta noticed recurring patterns in solving automation problems and began to write a book on test automation patterns. She was soon joined by Dorothy and together they developed the Test Automation Patterns wiki.

This workshop will be part presentation and part break-out and you will leave with an understanding of the over-arching strategy behind Agile Portfolio Management, how you can apply this to a hybrid portfolio (both Agile and Non-Agile), how to create a Benefits Tree to support your product, and then define your Outcomes and associated value metrics to support your initiative Business Case. 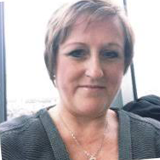