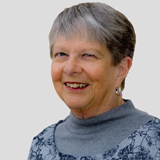 Testing, Agile and DevOps – their roots and evolution

Testing has been around for a long time, but has changed a lot over the years. Agile and DevOps are “the new kids on the block” but are fast becoming mainstream. What are the roots of the changes and popularity of new approaches and how have they evolved over the years? What prophets were around years ago who foresaw current trends? In this presentation, Dorothy Graham leads you through some of her early experiences in testing and early encounters with precursors to Agile and DevOps. We look at why Agile has “taken off” and why DevOps is a hot topic today, and what the role of testing has been, is now and perhaps should be in the future.