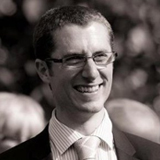 Daniel Bryant is the Chief Scientist at OpenCredo and CTO at SpectoLabs. He currently specialises in enabling agility within organisations by introducing better requirement gathering and planning techniques, focusing on the relevance of architecture within agile development, and facilitating continuous delivery. Daniel’s current technical expertise focuses on ‘DevOps’ tooling, cloud/container platforms, and microservice implementations. He also contributes to several open source projects, writes for InfoQ, O’Reilly, and Voxxed, and regularly presents at international conferences such as QCon, Devoxx and JavaOne.

All is not completely rosy in microservice-land. It is often a sign of an architectural approach’s maturity that in addition to the emergence of well established principles and practices, that anti-patterns also begin to be identified and classified. In this talk Daniel will introduce the 2016 edition of the seven deadly sins that if left unchecked could easily ruin your next microservices project… This talk will take a tour of some of the nastiest anti-patterns in microservices, giving you the tools to not only avoid but also slay these demons before they tie up your project in their own special brand of hell.