Data Protection has recently undergone a fundamental reappraisal with the enactment of the new European Union General Data Protection Regulation (“GDPR”). GDPR is not due to come into force until 25 May 2018; yet it will undoubtedly have a real impact before Brexit takes place. United Kingdom businesses will in any event need to comply; even after any Brexit, businesses will need to comply with GDPR for the foreseeable future.The impact of GDPR and Brexit is not restricted to UK businesses; any multinational operating in multiple geographies including UK will be also affected by it.

The new legislation is radically different from what is currently in place.Instead of a notional transparency through registration and consent under the existing legislation; transparency under the GDPR is achieved through a series of rights given to individuals. Examples of such individual rights are: the right to object to data collection and the right to be forgotten. This is backed up by a much more extensive obligation on data controllers to provide information on request and sometimes even before a request is made.

Many lawyers focus on greater penalties under the GDPR: a maximum fine of €20,000,000 can be imposed for breaches (up from £500,000). In addition to clarifying such penalties Dai will spend as much time on the substantial commercial benefits that can be derived from the new legislation.

The course includes a discussion of the following topics:

The course also considers the implications of GDPR in the context of the United Kingdom’s impending departure from the European Union. There will also be a discussion of the present and future arrangements for data sharing with other countries especially including the United States. 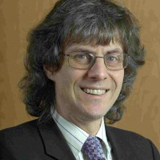