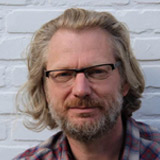 Gunther Verheyen is a longtime Scrum practitioner (2003). After a career as a consultant, he partnered with Ken Schwaber in 2013 to shepherd the Professional series of Scrum.org, and lead its European operations. In 2016 Gunther decided to further his path as an independent Scrum caretaker. Gunther is the author of “Scrum – A Pocket Guide”.
Gunther will introduce re.vers.ify, the way for people to re.imagine their organisations through the deliberate emergence of a Scrum Studio.